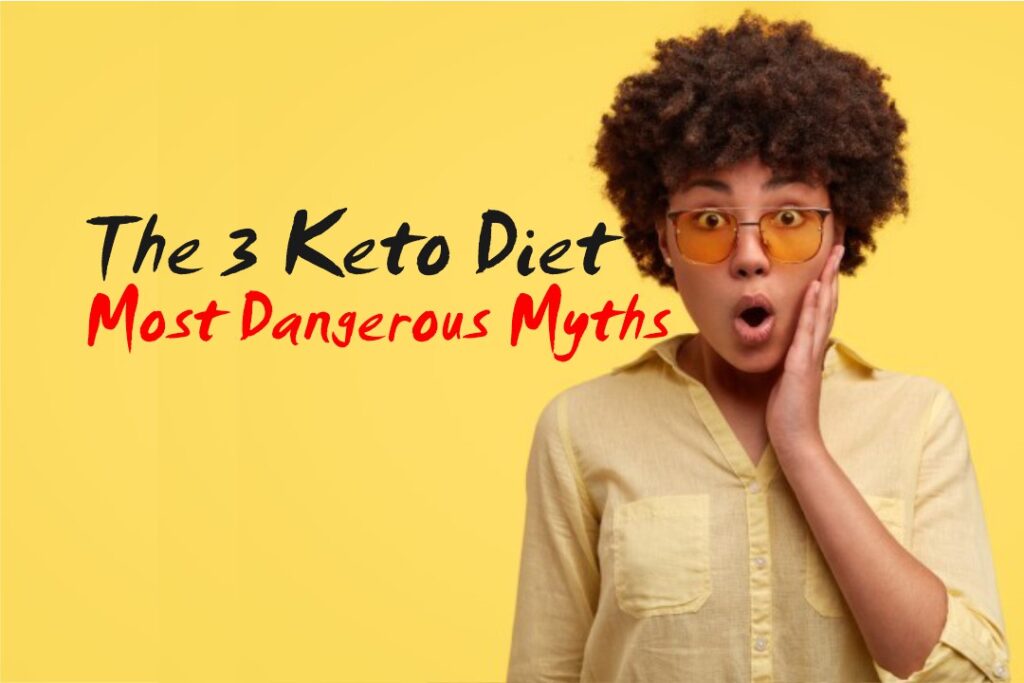 This is the 3 Keto Diet Most Dangerous Myths and you will know why.

Diets are fraught with misunderstandings. This is why people don’t have much long-term success with their diets.

Let’s be clear about one thing. Diets are effective.

Any diet will help you lose weight if all you want to do is lose weight. You will receive what you came for as long as you follow instructions and stay with them long enough. 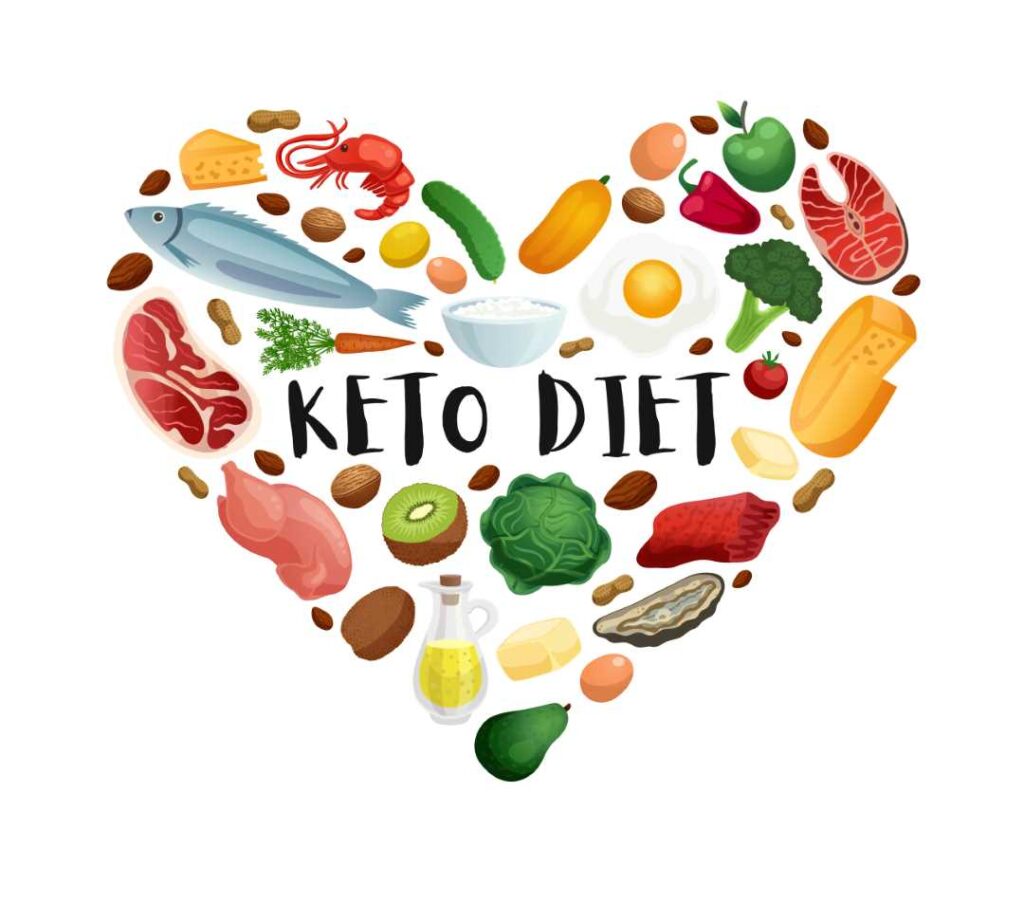 The problem isn’t with losing weight. The actual issue is maintaining the weight loss. This keeps happening over and over. It makes no difference what the diet is called.

It makes no difference what year it is.

It makes no difference how enthusiastic a group of individuals is about a specific weight-loss program. This is always going to be a problem.

It all comes down to long-term sustainability, and if you believe certain myths about the keto diet, it’ll only be a matter of time until you regain all of your lost weight.

The saddest part about it all is that it’s entirely your fault.

It’s not the ketogenic diet’s fault. It has been tried and tested. It’s pure gold. People swear by it because it is effective. 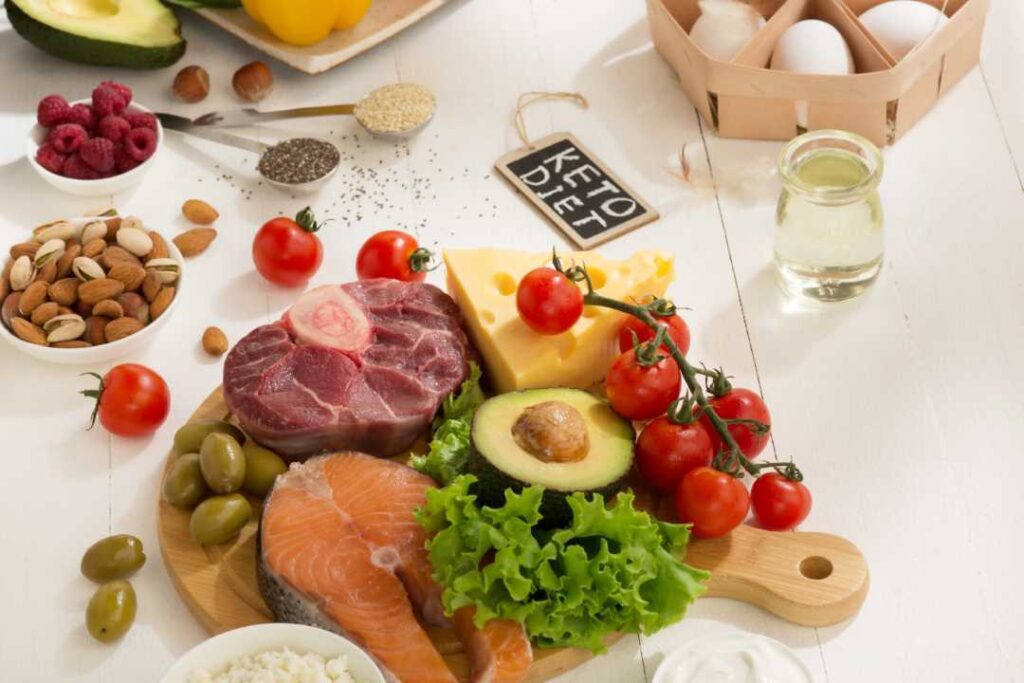 You can’t do better than the keto diet if you want to reduce weight in a long-term and effective method. The question is whether you choose to believe in certain myths that will eventually undermine and destroy your diet success.

Myth 01: The keto diet is difficult

One of the most prevalent misunderstandings about the keto diet is that it requires you to enter a nutritional limbo. It’s as if you’re entering some type of uncharted territory where no one has gone before.

People are already keto at some level, believe it or not.

They consume a lot of fat with a little bit of carbs thrown in for good measure. Many individuals already eat in this manner. So, if you want to go completely keto, the switch isn’t that difficult. You’ve already arrived in part. 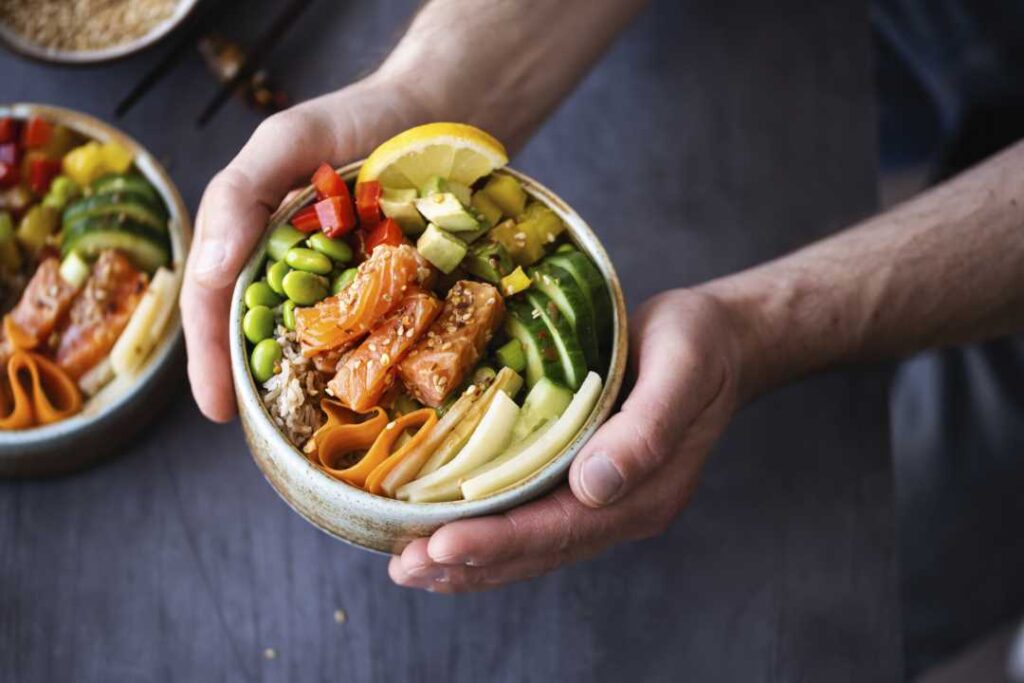 Unfortunately, many people believe that in order to go keto, you must either move mountains or transform into a completely new person, reorienting and changing your taste receptors.

This is demoralizing; it creates unneeded barriers, and it is absolutely untrue. Take a look at a normal dinner. There’s a good chance that certain keto goods have already caught your eye. You’ve made it halfway.

So don’t expect a smooth transition from low carb to full-carb. That isn’t how it works. You’ve already arrived in part.

Misconception 02: You can’t go from low carb to keto

The assumption that there is no room for transition in the keto diet is just as problematic as Misconception #1. This is supposed to be simply another diet.

Consider that for a moment. People who fail to stick to their diets do so because they place too much pressure on themselves to fully change their eating habits. 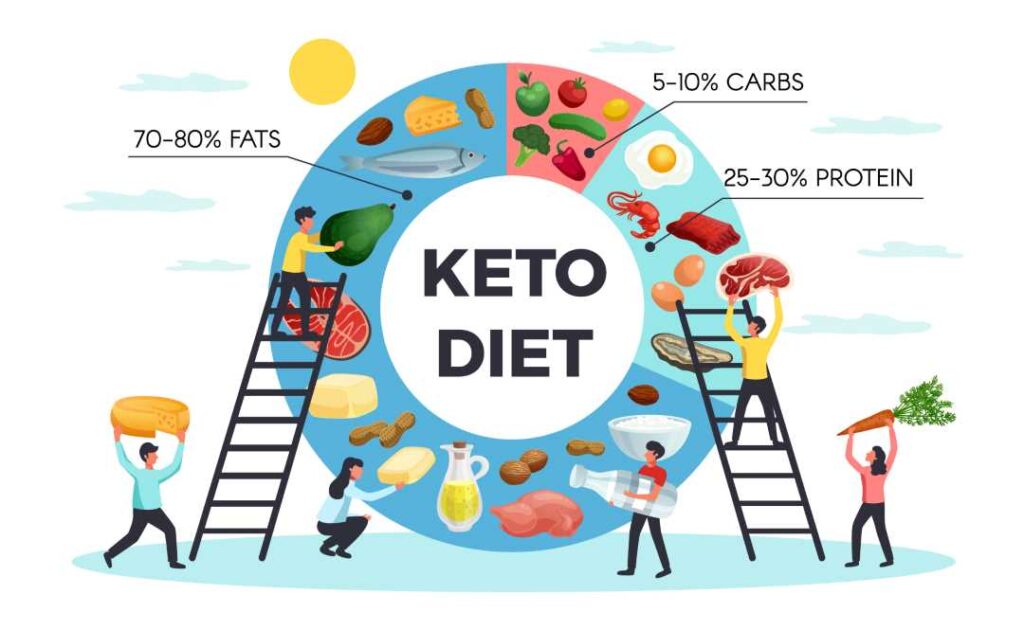 If you’re following a high-starch or vegetarian diet, for example, the goal is to get all in at once.

To put it another way, you go cold turkey.

It’s the equivalent of a smoker going from two packs a day to none the next day.

Some individuals succeed this way, but the majority of people who go cold turkey will fail again and again until they succeed if they’re lucky. That isn’t an effective strategy.

Many people find that easing into their new lifestyle allows them to attain more success. That is the key. This isn’t a fad or a fad diet. It’s a way of life. It’s a different perspective on what you put in your mouth. This is a new attitude on eating that you’ve adopted.

You can alter your outcomes by altering your connection with food.There’s no need to go through a black-and-white transformation. 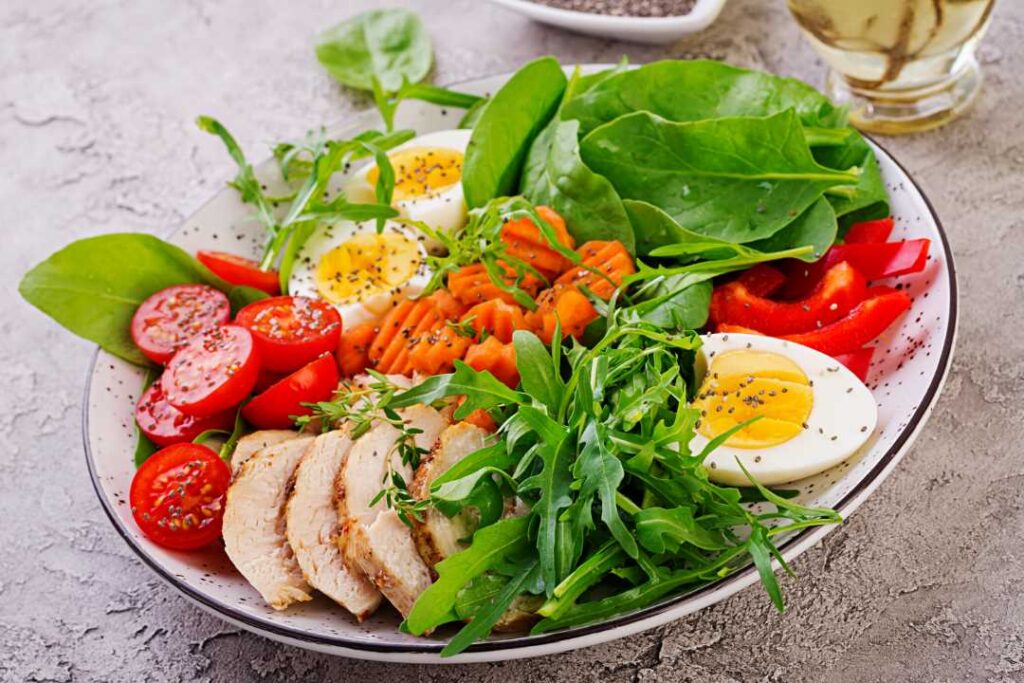 The more you consider the keto diet in this light, the more strain you’ll put on yourself. People are more prone to split apart when they are under a lot of pressure, according to my research. They have a higher chance of failing.

It’s quite simple to acquire a dislike towards fat. Seriously. It’s almost too simple. Why is that? Well, if you’ve been taught that something is terrible for decades, you’re going to believe it eventually. You’ll believe it sooner or later.

Indeed, you’ll begin to interpret your experiences in ways that confirm or verify what you’ve been told.

But allow me to tell you a basic fact. It doesn’t make a falsehood or a misunderstanding true just because it’s been repeated millions of times. Diets rich in fat have the same effect. The scientific world has just lately found that high-fat, low carb diets are really healthier than the normal American diet. 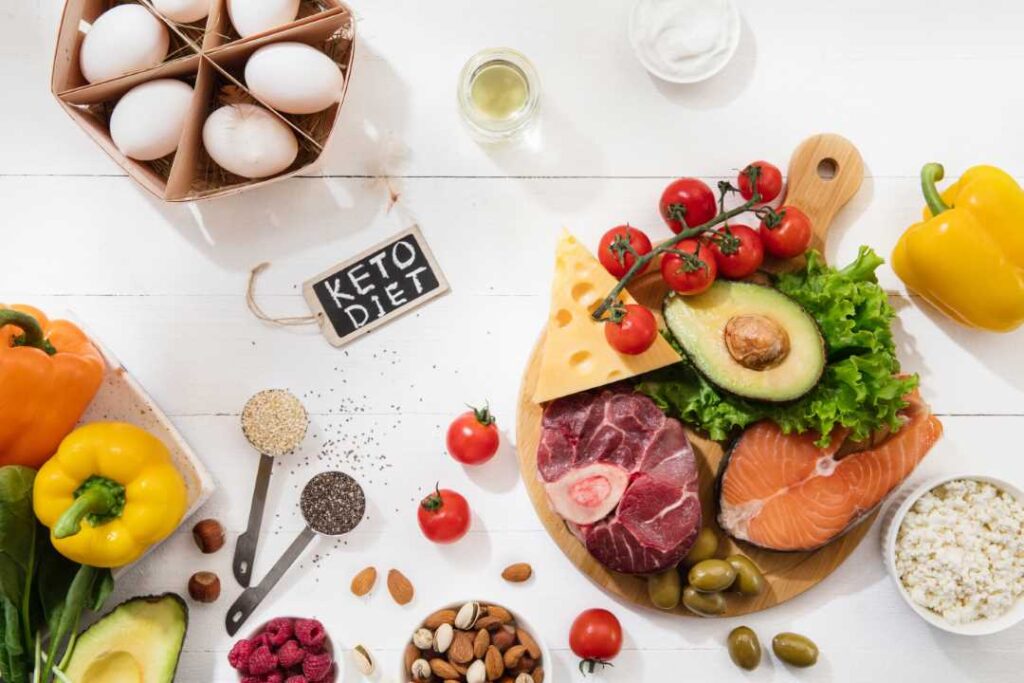 As a result, do yourself a huge favor. Consider going against the grain and focusing on your own particular tastes. The good news is that whichever taste profile you choose, a keto-compliant meal plan will exist for it.

You will be able to apply a framework that will allow you to implement the keto diet in a sensible and effective manner by clicking here.

You must play the keto game right if you want to say goodbye to all that undesirable fat for good. Download our bullet-point structure to learn how to make the keto diet a long-term weight-loss strategy.